From September 2-10, 2014, a friend and I walked across England along the line of Hadrian’s Wall, from Wallsend in the east to Bowness-on-Solway in the west. We were not purists and skipped some less interesting parts of the path in favour of blistered feet (mine) or a side trip we wouldn’t have time for otherwise. Even so, we walked more than 100 km, and it was an amazing way to see this landscape.

Later, at home, I was telling someone about the experience and found myself talking about the joy of getting up and walking every day. How it felt strange on the tenth day to wake up and realize there was no walking to do, that all the miles were behind us.

I’ve been thinking about how to share the experience. I’m not sure I can, but I’m going to try, with the help of photos and a few brief words along the way.

The walk started at the ruins of the Roman Segedunum, located at Wallsend. 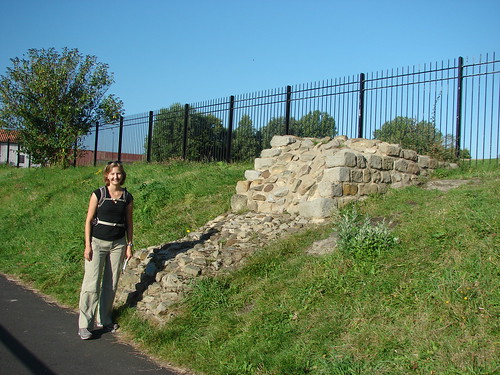 Although most of the first day was spent walking through the city of Newcastle, we found ourselves on country lanes by the afternoon. 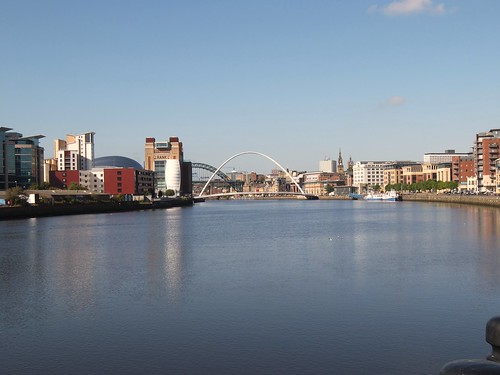 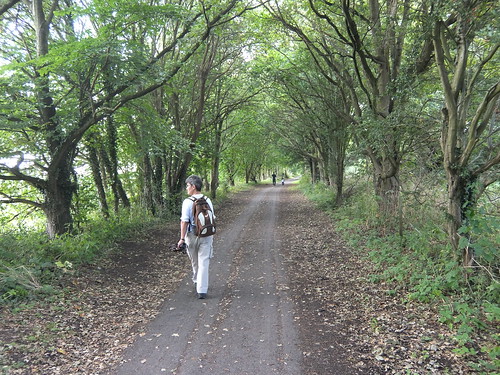 The second day began with this stretch of the wall. Note the modern road that runs alongside it. 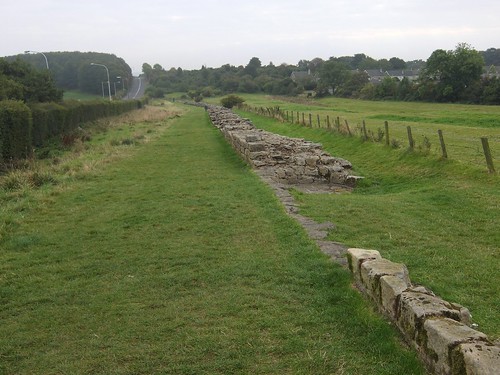 We relished the solitude of quiet paths… 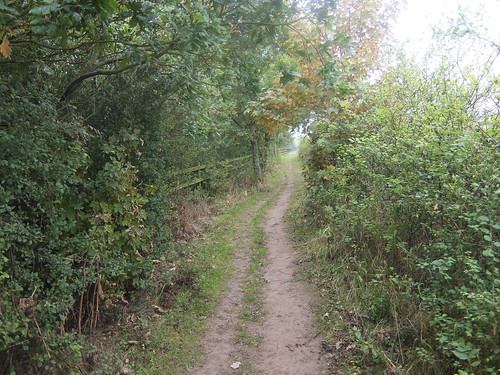 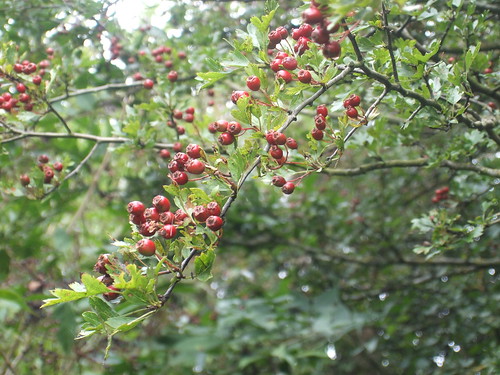 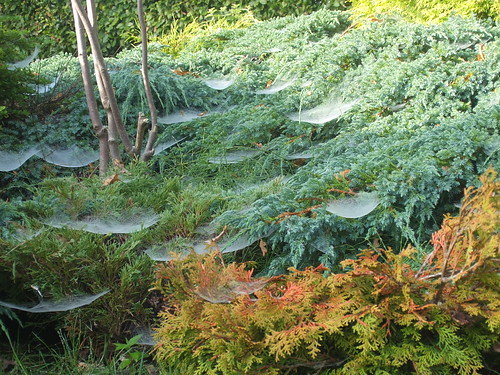 Our journey took us through farmland… 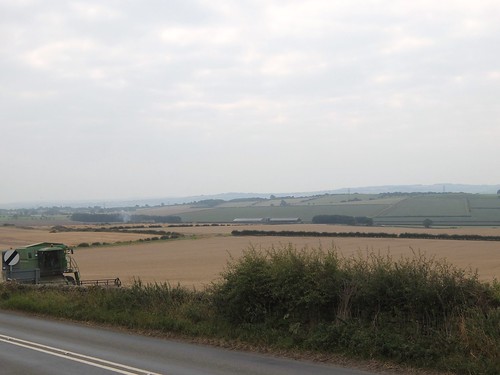 (Yes, there were sheep) 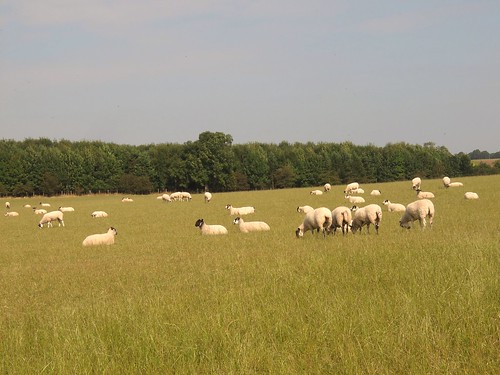 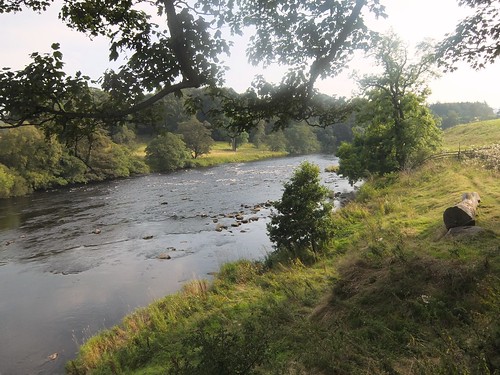 …and over hills with magnificent views. 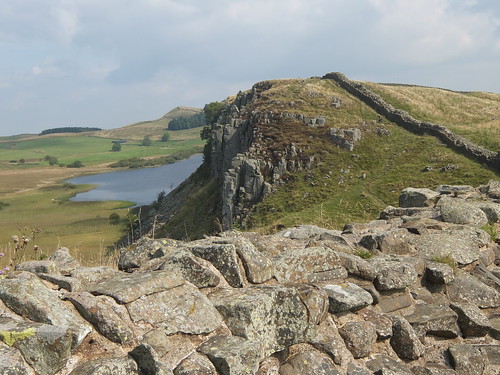 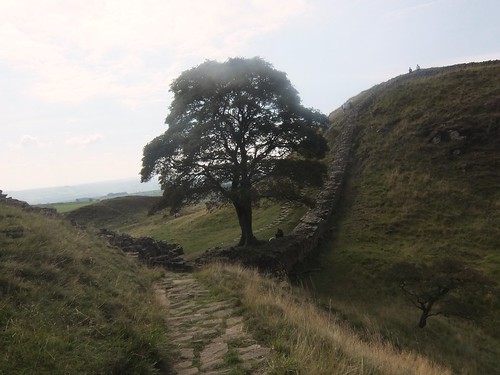 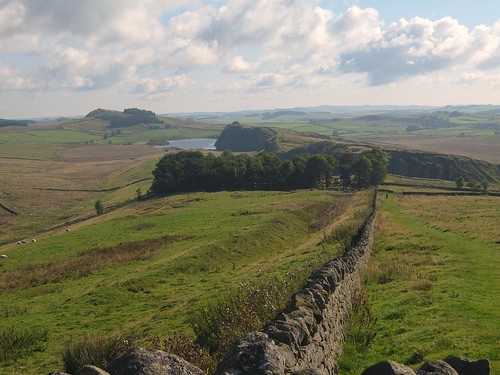 I especially loved this hill, shaped like a sleeping dragon: 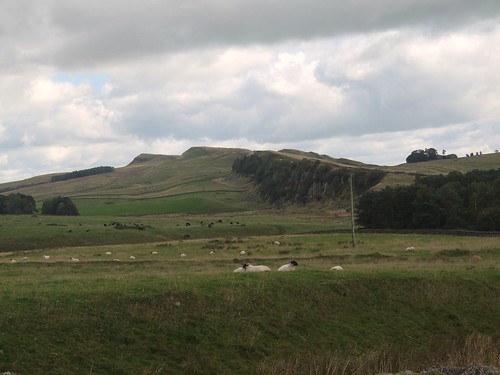 We made new friends… 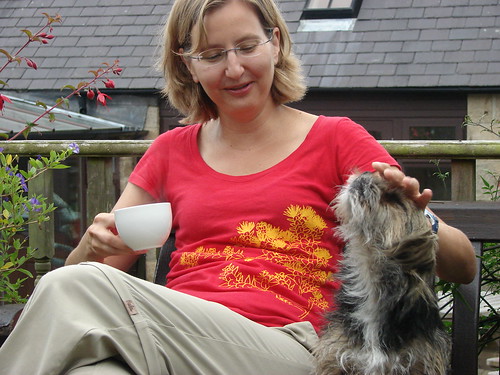 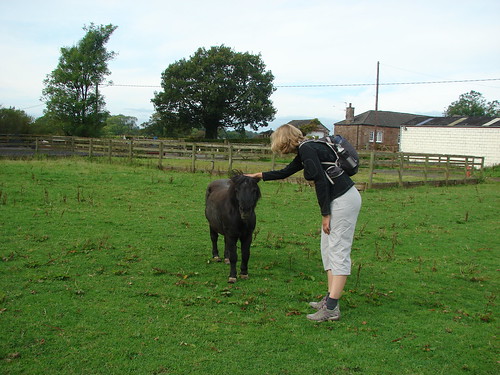 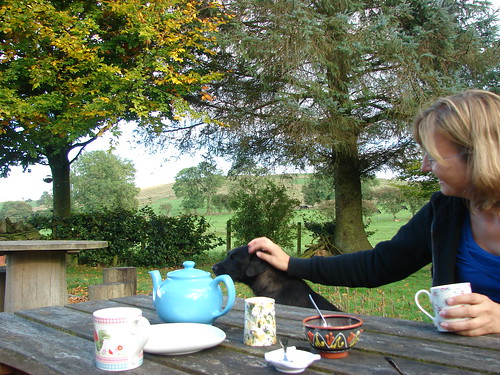 … and admired the countryside. 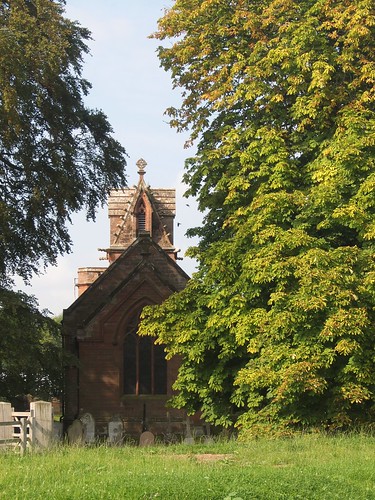 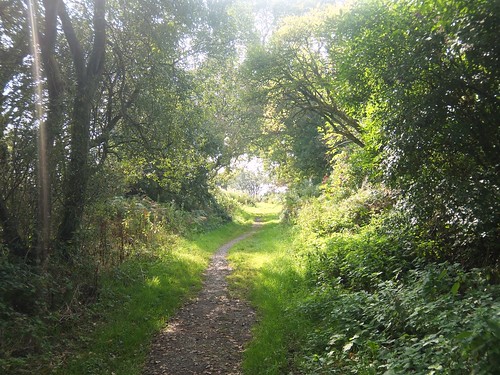 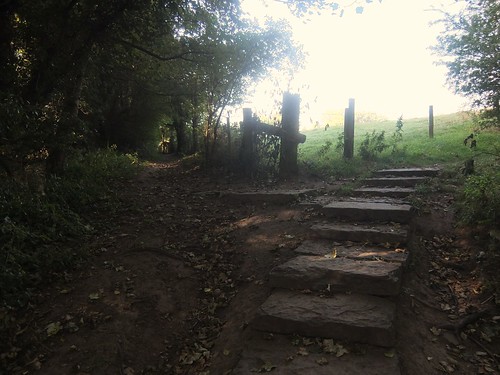 All the while, we followed in the footsteps of Roman troops 1800 years before. 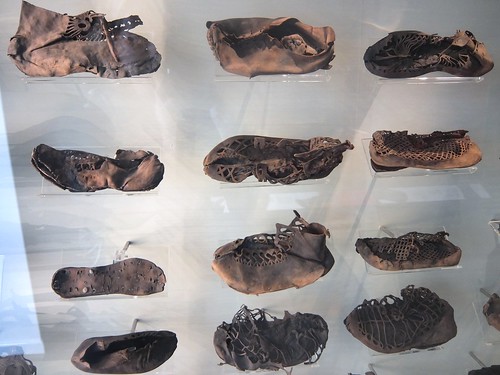 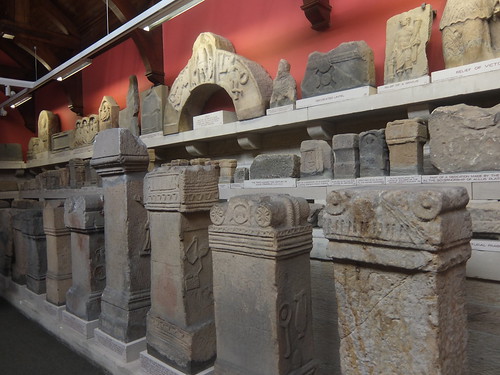 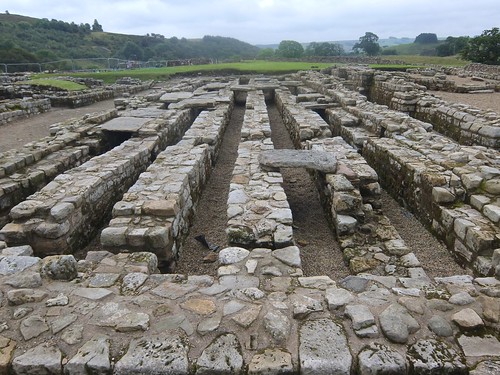 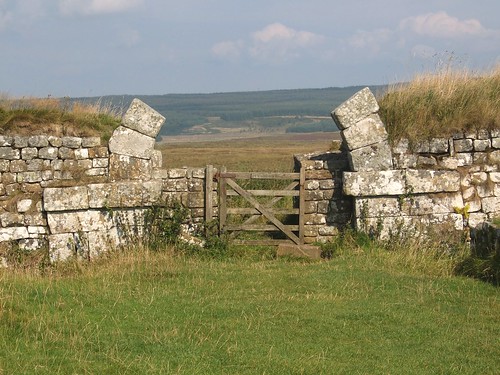 The layers of history were perhaps most evident when we discovered these trees – likely hundreds of years old – growing on the remains of the Roman wall. 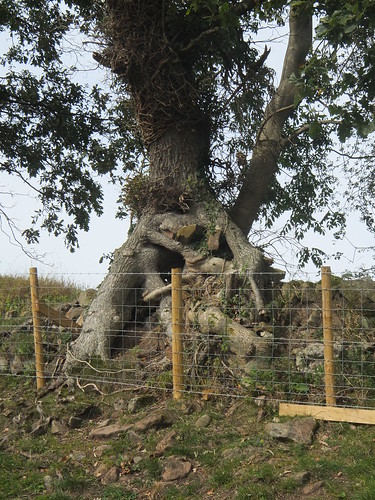 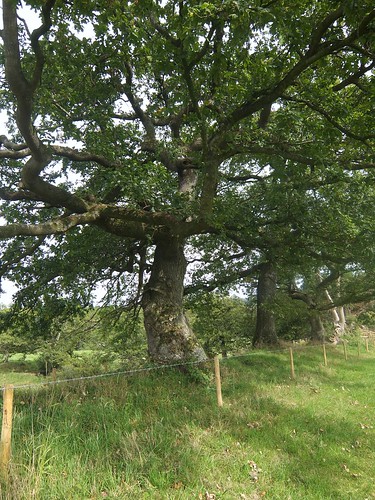 Then, nine days later, we found ourselves at the “official” end of the trail: 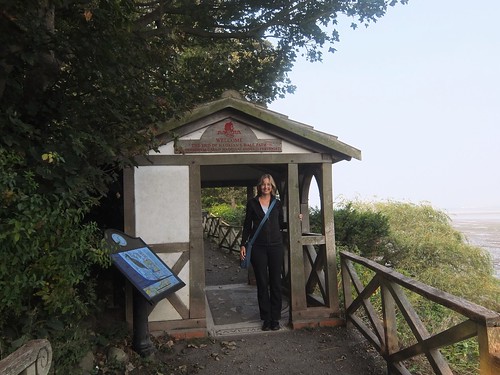 And then, as I mentioned before, came the morning where there was no walking to do, which felt strange and unfamiliar. I missed the routine I had become accustomed to, of putting one foot in front of the other, of the feel of turf and asphalt beneath my feet, the weight of my day-pack on my back.

Although we walked up to 15 miles a day, it was a slow way to travel, at least by modern standards — we could have rented a car and covered the same area easily in a few days. Yet with the slowness came depth, and tranquility, and peace — and those amazing views.

4 thoughts on “The joy of a day spent walking”